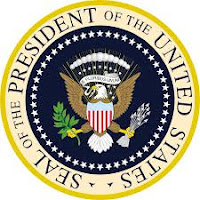 As I am writing this, you don’t yet exist, and I hope you never will. As I am writing this, at least half a dozen people are still standing in the quadrennial jousting tournament we call elections. Elections in America is that brief and fleeting period of time when Washington DC turns its gaze to the rest of the country feigning passionate interest in our lives. This time around America is staring back at you in seething anger. In the olden days, this would be the proper time for tar and feathers, for pitchforks, and for burning you in effigy. Nowadays, this is the time for Twitter trolling and lack of what you call decorum in public discourse. Like all well fed, self-described benevolent aristocrats in the past, you seem surprised at our indifference to your accomplishments, and shocked at our plebian preference for rough and tumble champions of our own choosing.

Try not to worry too much. Time, and the robust voter suppression machine you and your “donors” built over centuries of enlightened democracy, is on your side. You will prevail. There will be no impractical socialist in the White House, and no vulgar businessman will be allowed to touch the intricate web of global domination your donors weaved over decades of hard work and heroic determination. Not peacefully. Not without a violent American Spring. Not in our lifetime. Not while you have a good “ground game” to get votes. Not while you have big data to “profile”, “target” and “persuade” voters. There really is nothing I want to tell you, or ask of you, because I know precisely what you will be doing in the next four years, but let’s continue this farce where you pretend to be a public servant, and I pretend to be an engaged citizen.

You are obviously “electable”, which means you passionately advocate for nothing in particular, in long erudite sentences that rise at the very end (like JFK). You certainly look “presidential”, which means that you’re not too fat or too old or too short, your nails are trimmed and your hair is combed.  You addressed every policy nook and cranny in your issue-oriented debates, in your canned stump speeches and in your ten point policy proposals that will become obsolete once the last polling station closes on November 8th. But there is one thing nobody is talking about. No clever moderator is asking, no candidate is volunteering an opinion, let alone a “plan” to tackle what is perhaps the defining issue of our times.


“It's about the next 20 years. In the '20s and '30s it was the role of government. '50s and '60s it was civil rights. The next two decades are going to be privacy. I'm talking about the Internet. I'm talking about cell phones. I'm talking about health records and who's gay and who's not. And moreover, in a country born on the will to be free, what could be more fundamental than this?” –Sam Seaborn, The West Wing, Episode 9: The Short List (for Supreme Court appointees), 1999

The events of the new millennium do not seem to support Sam Seaborn’s prediction, and your campaign is stark testimony that privacy is to be forfeited without much pushback from any quarters. We could argue that principled liberals of the previous century were ill equipped to appreciate the true benefits of the Faustian deal we are now making with the Lords of the Global Digital Panopticon. One could also argue that since the days of Sam Seaborn, privacy has become all but extinct, and lo and behold the sky of freedom hasn’t fallen. Or has it?

Let’s take a quick look at your campaign operations. Did you avail yourself of a voter database? Are you paying for special software that “appends the richest set of consumer and interest data, allowing the most sophisticated targeting” of voters? Do you employ an army of techies in the basement of your national headquarters, like the landmark Obama digital campaign did? Do you have an app on iTunes that tracks your “supporters”, their friends and their families, everywhere they go? Is your voter segmentation machine spitting out properly scripted “messages” at the most opportune time for the most receptive individuals? Do you think this is what Thomas Jefferson meant by freedom and liberty? Or do you think that’s what your kindergarten teacher meant by lying and cheating? Do you even care?

Politics in an age without individual privacy is as principled as marketing toilet paper. Your brand is softer, stronger, more absorbent, bigger, smaller, whiter, greener, and very much preferred by wild bears in the forest. You stand for nothing and everything. You stand for moderation in the North and you stand for God in the South, and you stand for Nelson Mandela to offset all the white old men who manage your campaign. You stand for America in the abstract, and use personal misfortunes of citizens to illustrate your history book, but even if your poor mom or dad were of the people, you have long ago ceased to be one of us. The reason we are asked to vote for you is the same reason we are asked to choose Charmin instead of Cottonelle, with the same de minimis consequences.

Now let’s take a look at Obamacare, which you are certain to tinker with, one way or another. In your mind, Obamacare is about money. It’s about premiums, deductibles and percent uninsured, but if that’s all Obamacare was about, it wouldn’t have required hundreds of densely typed pages, and it wouldn’t have triggered a tsunami of lesser legislations now percolating through Congress. In reality, Obamacare is how your donors use the latest technology to ensure that future elections are free from glitches that allow old communists and potty mouthed billionaires to come close to disrupting a carefully constructed world order. Obamacare is not about a human right to health care and it’s not about keeping Americans from dying in the streets, as your rogue competitors seem to believe. Obamacare is how Google, Apple, Facebook, Amazon (GAFA), and their Silicon Valley brethren, take control of human life on earth, and get rich beyond the dreams of avarice.

Obamacare is about replacing personal and slow medicine, with high-tech, high-speed, precision medicine administered through metallic algorithms supplied by your donor community. Obamacare is about managing expectations (you should be familiar with that little game), to make the busywork of tracking and scoring citizens seem like medical care. Obamacare is about shifting the locus of medical decision making from individual people and their doctors to the invisible hand of computerized bureaucracy. Obamacare is to health care what high-speed trading is to stock markets. To this end, Obamacare must unleash a biblical flood of personal information for its doomsday machines to consume, and dutifully share with other stakeholders, such as your campaign software vendor. Any remote notions of physical and mental privacy are therefore obstacles to progress.

Perhaps it is logical that your party and the other party as well, have viciously turned on their front runners in an effort to select a nominee with the best ROI record for those who consider themselves owners of a global humanity.  Perhaps it’s not by accident that Obamacare which was first known as HillaryCare, and then as RomneyCare, may eventually be known as BushLeagueCare. Perhaps, as our own, bought and paid for, disruptive innovators love to point out to their less enthusiastic colleagues, this is all inevitable. Perhaps, but somehow, at some point in this long game, the courts will have to weigh in and decide if the framers of our Constitution intended to set up a government whose sole function is to capture and deliver its citizens to global moneyed interests for lifetime exploitation.

This Saturday, Justice Antonin Scalia died. In this election year the usual and customary horse trading to seat an “acceptable”, thus by necessity mediocre, judge on our Supreme Court bench for life, may not be an option. The insurmountable task of nominating the next Supreme Court Justice may land in your lap, pretty much on your first day in office. There is a bold and beautiful solution to this quandary, a grand bargain that rises above your petty party politics, and for that you’d have to turn again to the liberal fantasy called The West Wing (Season 5, Episode 17: The Supremes, 2004). Unless the Obama administration, which over the years exhibited a peculiar interest in reenacting The West Wing, beats you to it, you will get to appoint (unopposed) two Supreme Court Justices and the rare opportunity to stand “in the gaze of history”.

Unfortunately, whether you belong to Clan Clinton or are hailing from the Bushes, I am having difficulty imagining you giving up any perceived party advantages for the sake of judicial excellence on the Court. I can certainly imagine the angry socialist and the mercurial businessman rising above the pettiness, but this wasn’t meant to be. Not this year. The next four years are yours, and you will need to hurry up and bolt the doors and bar the windows. A really big war, preferably in Europe, would help tremendously. Either way though, your days are numbered. We are no longer progressive or conservative. We are either feeding at your trough or we are not, and there are many more of us than there are of you, and one of these days we will have nothing left to lose. Not even our privacy.
Posted at 11:07 PM
Share